Pultron Composites alongside the newly formed Mateenbar Ltd, are pleased to announce a joint Memorandum of Understanding with oil giant, Saudi Aramco.

Pultron has a long-standing reputation of success in innovation and industry-firsts using pultrusion technology. Mateenbar™ is one of their great success stories, an industry-approved glass fibre-reinforced polymer (GFRP) rebar. Mateenbar™ is corrosion-free and lightweight. It provides a longer lifespan and minimal life cycle costs compared to steel reinforcement.

To capture market opportunities, Mateenbar was set up as an independent company late this year.

“The world’s largest company, Saudi Aramco, is endorsing our Mateenbar™ technology and mandating the use of GFRP rebar in slab-on-grade, seawalls, sidewalks, drainage channels and other coastal structures,” says Jasper Holdsworth.

With Saudi Aramco’s non-metallic initiative, the MoU with Pultron aligns with their proactive approach to managing corrosion in Saudi Arabia and throughout the Middle East. Mateenbar™ has made a name for itself in the Middle East as a superior alternative to steel in aggressive environments.

Nick Crofts, CEO of Mateenbar highlighted the importance of the MoU. “The agreement includes co-operation in the development of the technology. Saudi Aramco and Mateenbar are now partnering with academic and engineering companies to increase application areas and develop new products”.

Mateenbar is the principal supplier of GFRP rebar in the 21km-long in Saudi Arabia. This channel is the only defence for the 400,000 barrel per day refinery built in an area of high flood risk between mountains and the coast. Once completed, it will be the largest project in the world to be fully-reinforced using GFRP rebar. Mateenbar™ has also been used as reinforcement for the Grand Paris Metro tunnel, the iconic Burj Al Arab, the F1 race track in Abu Dhabi and over 300 other high profile projects worldwide. 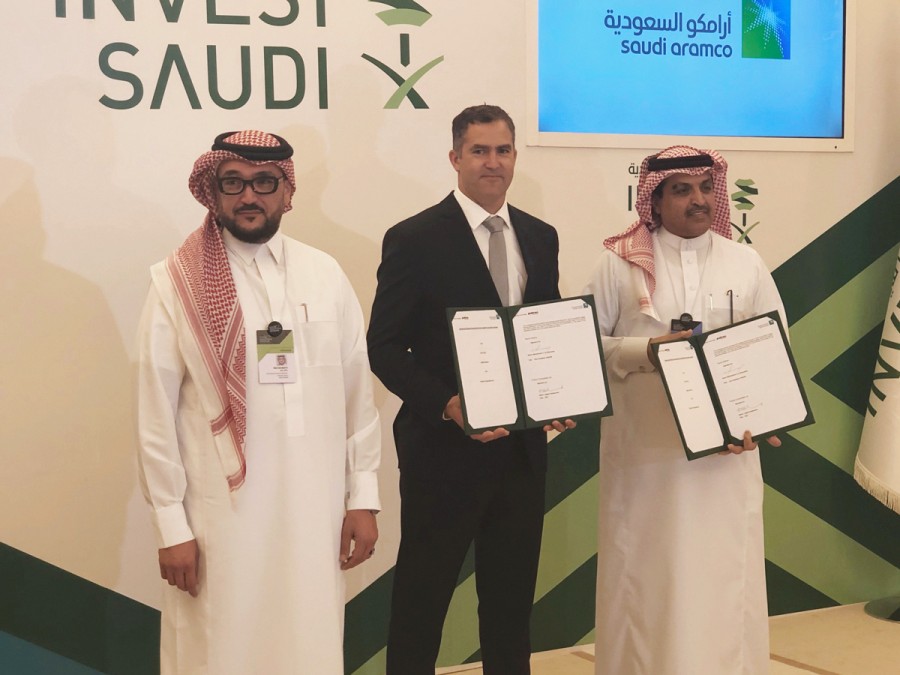